On Learning to Stand Upright 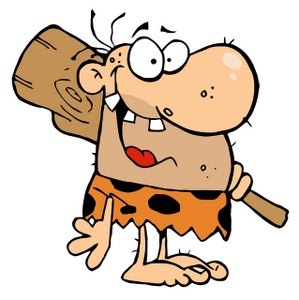 I really do feel for the first man that decided to walk upright on his hind legs. He probably looked foolish wobbling along and trying to get his balance. I suppose there was a certain amount of ridicule involved with that choice too. Tipping over for babies is cute but when a grown cave man did that there may have been hoots and boos.

Or maybe the first was a cave baby. Oh my goodness. I suppose they kept pushing the baby over because it was not what cave babies did. I think they probably thought the baby was possessed.

My husband tipped over in the kitchen several years ago. I stepped over him, plugged in the computer before I called 911. I am not as sympathetic as I could be. He was fine...just didn't like to drink water. He said it rusted his pipes. After a scary moment when he did not move, and a trip to the hospital, I learned to push water like a drug dealer.

I have been walking upright for a very long time. Imagine my surprise the very first time I experience vertigo and simply tipped over on the bed. As I remember it I was holding a baby at the time. No one was hurt but I have never really trusted gravity ever again.

So, have any of you ever tipped over in the kitchen or the living room or the bedroom? Maintain your sense of humor and tell me your story.