In The End I Would Not Hold My Country Hostage...

Being an American is a great privilege and even if I didn't choose the president we have, I will always choose my country. There you have it.

We are leaving for a trip to Dubai in December and I know that this election will come up with people from around the world. Our Canadian friends have already had their say and I hate to admit it but I may pretend to be one of them when we travel. 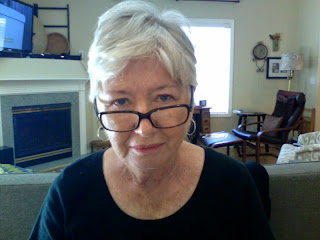 We were in Spain when G.W. Bush started the war in Iraq. It was not a pretty thing to see or feel. Being so hated and reviled by a foreign country takes it's toll. The Spanish people took to the streets in protest of Asner's throwing his lot in with Bush. At that time my oldest son and his wife were living in Saudi Arabia and we sent them home to experience a terrorist attack on their compound and school. So I know first hand that what our country does and says plays out for U.S. citizens around the globe.

One of my youngest son's good high school friends is second generation Filipino. He is feeling very threatened right now. His Facebook post asked "What do our neighbors really think about me and my family?" In the wake of this election I can see how he might feel that way. He is a college professor and teaches poetry to his students.

We cannot unsee or unhear what we have experienced. I watched every debate and followed the news on rallies. The behavior of many people at the Trump rallies made me a little sick. Those of us that were appalled at the tone of those were not enough to make a difference when we voted.

So, now we will do what Secretary Clinton asked us to do. We will move on. Unlike the Republicans that were elected when President Obama took office, I am a Democrat that would NOT encourage the obstruction of all that is good to make Trump suffer. We cannot hold our country hostage because we are self-righteous or even right.

In the end I can say that my husband I are proud to have been a Hillary Clinton supporter. What I am not proud of is that I did NOT wear my heart on my sleeve because I didn't want to offend or argue with friends. I could have done better than I did.

I was With Her and in the sense that what that campaign stood for will not go away, I suppose I still am.

So when we travel in December I don't think I will hide no matter the cost. Being an American is a great privilege and even if I didn't choose the president we have, I will always choose my country. There you have it.

So if you want to vent here, please feel free. We are among friends after all.

Email ThisBlogThis!Share to TwitterShare to FacebookShare to Pinterest
Labels: Election 2016, Having My Say