Was it Better Back When Libel and Slander was a REAL THING?

I am struggling with finding the truth. I don't like any news media either liberal or conservative to try to shape my opinion. I want those people to read me the news without providing any opinions or coloring the story in some way. The news media is not putting out "fake news" but they are injecting a lot of hints as to where they stand. I don't care!

I woke up this morning thinking back to the "good old days" when avoiding slander and libel were part of our ethical culture. People actually believed that something could be done if they were, for example, attacked in print unfairly. In fact, back before President Reagan administration vetoed a law that would have made "equal time" a law and not a public policy, the person that was attacked politically could demand equal time in the media. Wow! Remember when?

The doctrine, instituted by the Federal Communications Commission as public policy in 1949, requires the nation's radio and television stations to "afford reasonable opportunity for the discussion of conflicting views on issues of public importance."

"This type of content-based regulation by the federal government is, in my judgment, antagonistic to the freedom of expression guaranteed by the First Amendment," Reagan said in his veto message. "In any other medium besides broadcasting, such federal policing of the editorial judgment of journalists would be unthinkable." (Reagan's Veto Kills Fairness Doctrine Bill June 21, 1987)

It should be noted here that the media loved Reagan for this veto. We, the American people, have suffered at the hands of political talk show hosts ever since.

I can even remember when it was unheard of for someone to be able to malign another anonymously on the editorial page in the newspaper. Having had some experience with the type of newspaper editor's thinking that encourages that sort of thing, I know that not being able to identify your attacker is very frustrating. Laws should create a level playing field...at least in my world. We all wish the world were perfect.

I know that our founding fathers were far worse than we are today about writing their opinions, publishing them and not revealing their identity. I give you The Federalist Papers (Library of  Congress). So we cannot harken back to a time when our nation was new for inspiration. This sort of thing has always gone on. In fact, it wasn't a law that you needed to be careful about what you said in print, it was just required by society in many parts of our country. Most people knew that disliking a person did not give you the right to attack their appearance or question their abilities. It was and still is viewed as childish.

I, like most of the people in our society, still abide by those ethical rules.

But...now we have Twitter and Facebook and notifications on our phones. If it crosses our minds, we can put it out there immediately and there are no consequences. 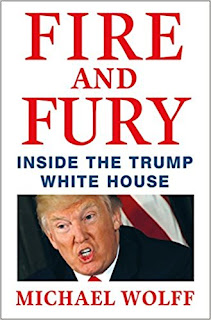 Remember back in January when news media was saying that our president asked for tougher libel and slander laws because Michael Wolff wrote a book called Fire and Fury: Inside the Trump Whitehouse. If you didn't see it the article from the NYT back then, here is the link.

President Trump on Wednesday repeated a pledge to make it easier for people to sue news organizations and publishers for defamation, denouncing the country’s libel laws as a “sham” a day after his personal lawyer filed a lawsuit against a major media outlet, BuzzFeed News. New York Times, Jan 10, 2018

That same article  points out that the president saw that changing those laws might put him in jeopardy.

So what really puzzles me is the thinking on social media. It is very like the news media and in fact is replacing it. Yet our president treat Tweets as conversations that disappear into thin air. Would those conversations be basis for a lawsuit?  See, the line is so thin. Is calling a person a liar or dumb slander?

Here is the real kicker...in order to slander a person you have-to-lie. If you are telling the truth as you see it and it cannot be disproved, tough luck. If you really are fat or if the statement is made in judgment of your abilities or your opinions and you cannot prove otherwise, tough luck. The defamation has to be false.

The general harm caused by defamation is identified as being ridiculed, shamed, hated, scorned, belittled or held in contempt by others, and lowers him/her in esteem of a reasonably prudent person, due to the communication of the false statement.  Defamation Guide to Libel and Slander

The court of public opinion has to judge that person either guilty or not because the law will not do that. Mocking another is not illegal...it is wrong...but it is not illegal.