On Fish Mongers and Cows Faces

My son-in-law tells me I have a slangy way of talking...I sound like I am from a very small town. I just don't know how I sound. I do know that Alexa and Siri don't know what the heck I am talking about even after all these years. So he may be right.

I've been thinking lately about the way we talk from region to region here in the USA. While we sound very reasonable and educated to ourselves, others have a hard time knowing we are all about. Are we hicks, bigots or even worse. How is one to know?

That is where the fish monger and his wife come into play. I have never known a fish monger as such so when I speak of that person it is as though I am talking about dragons. Yet, when I was growing up, if a woman was loud and obnoxious, people would say she sounded "like a fish monger's wife". Is that bigotry? I am almost certain if I were in the market or on the water front people would take exception to the phrase and might indeed be wounded.

Do you see where I am going here? Maybe bigotry is act related to where you were reared. If you say things just to bring a picture to your mind but not said with any hatred, it is just words said in ignorance of the harm it can do. However, in the midst of the fish mongers the phrase said with anger becomes something else totally.

Now we know that there are thing that we simply cannot say or think anymore. There is no excuse. Period!

Many years ago I was chaperon for a group of students from eastern Oregon and western Idaho on a trip to the east coast. They were young and loud and, well, ignorant of their language. As we boarded the bus to be transported into New York City one student noticed that the driver was a black man. The words that came out of his mouth were not good. All the way into the city he continues to let his rural "bigotry" hang out. And he had no idea what he was doing. Hopefully, his supervisor took care of the problem. I just stayed away from him and had a word with my charges.

It is just a thought. 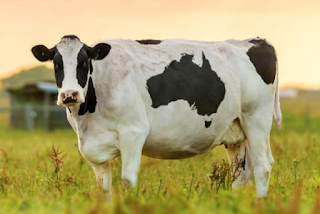 So now I want to talk about cow's faces. In my part of the world some people owned cows to milk and herds roamed the hill behind my parents garden. My husband would say things like "that hill is as steep as a cow's face" and you would know that it was a very steep hill and perhaps very tall since a cow's (and a horse's face) is very long.

My son told me that he used the phrase at a meeting with executives in his school in Shanghai China. What he said left everyone puzzles. One of the men (from NYC) immediately got on Google to find that the saying came from...you guessed it eastern Oregon/Washington/Idaho. "A learning curve as steep as a cows face" is now in use in China.

Once I made the mistake of using a phrase my mother used in front of my grandchildren and they picked up on it at once. If a dog was useless (I am sorry but once in a while it just fits) she would say "He was not worth taking out in the back yard and shooting". I have no idea where it came from originally...maybe it was her very own. Even though it was normally used to describe a worthless dog, occasionally it would be applied to a human. When my grandchildren began using it I was in deep trouble with my daughter and I have not used it ever again...even to talk about a dog. It just slipped out. Sorry.

"As pretty as a penny", "As wise as an owl" "Smart as a whip" and on and on. Many were not kind. However, I never heard the "n" word used ever. We were a very diverse community and I think we were careful about that kind of thing.

So I suppose my son-in-law is right. I do have a "slangy" way of talking. Siri and Alexis are just going to have to get over it! :)

What about you? Did you grow up using phrases that you simply cannot use today?