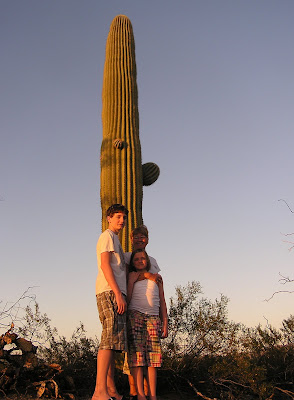 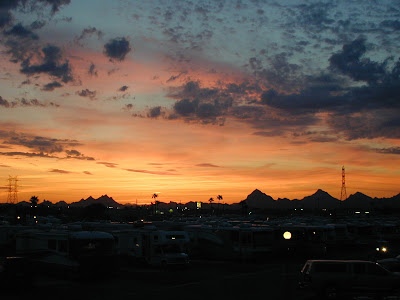 A ride into the desert evening
will help you believe in God once more! 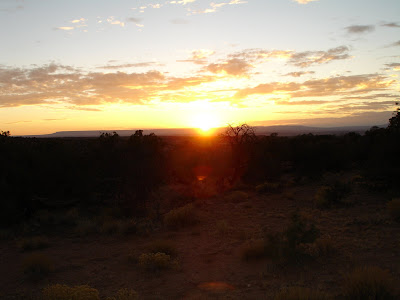 We have a friend that is one of those aging freaks of nature. He is approaching 80 (77 or 78) and just had a wreck on his ten speed bike that laid him up for a few days. He was riding to the repair shop to get the bike tuned up. I think a careless driver probably pushed him into the curb. AND he is not the only one that enjoys such a vigorous life here in the desert. I swear there at those pods that keep you young forever floating around in the pool...or maybe it is just the water. 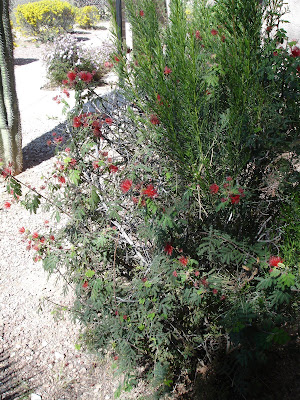 National Park East to ride trails. I recall recently a ride that was ten mile which for a man of his age is quite a distance. He is one of the few seniors that actually dawns a helmet when he rides. (We are just plain stupid when it comes to that sort of thing.) We have several other serious bike riders in the park...boomers are coming our way more and more. This is, in fact, bicycle heaven. Most everyone has a bike and we ride around like a bunch of kids on a sunny summer day.
Star Pass Flowers in Bloom
Winter, 2008

Now I hear that my grandson (with his mom,dad and sister) may come to Tucson for spring break. He is an avid rider...mountain, road racing and velodrome. He and his dad want to strap the bikes on the top of the truck and come to see us. They like the idea of riding some new terrain and I think we may just have it for them here.


They are from Portland, Oregon where bicycling is so big that car drivers complain about them and there are actually streets designates for bicyclist...cars have to 'take the back seat'. I think we may have convinced them that Arizona might be fun!

When I began checking on the possibilities I found the website for biking enthusiast/tourist on the Tucson Convention and Visitors Center that gave the information on biking day trips around Tucson. They suggested these:
Each of these destination are worthy of a trip in your car but for the those that want a little more exercise, the website even designates ability levels so the rider will know what they are in for.

I love the idea that we can share this wonderful life with the younger generations. We are finding that bicycles never cease to fascinate us and even though we do not go on the rides, we get to hear the stories when they return. It is lots of fun.