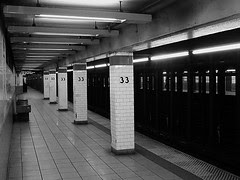 I mentioned the other day that I learned to travel independently by taking tours. It occurred to me that even a retired teacher could do what I did and get their trip free. You hear what I said....FREE.

My husband was a principal at a small school in eastern Oregon and he felt that the students needed a chance to "see the world" and at a reasonable price. So he proposed the idea to me that he would see if he could get a group of students together, find a tour company for students and I would accompany them as a chaperon. Not only would the student get to see the world...so would I. Now I had never been on an airplane ever. A huge city was Portland, Oregon or Boise, ID. I was an innocent in the travel world. But I was game.

The short version of what turned out to be a great adventure is we did it. I went alone the first time with eight students and the wife of a teacher that needed to get away for a while. She was my ninth "student" and my responsibility. We flew into New York City, stayed in a small hotel just off Broadway and had a wonderful time doing all the things any tourist needs to do. We saw Broadway Shows, ate Italian food, walked at night to the Empire State Building. But we also learned to use the subway, bus lines and taxis. We traveled by bus to Washington, DC, then on to Williamsburg and made other stops along the way. We walked long distances (by choice). We were gone for most of a week. It was so much fun.

I noticed that Edu Trips.com has the same program available now. They provide tours to Europe, Hawaii, Canada, the east coast of the United States and Los Angeles. They will pay the chaperone's travel with 6 paying students. It could just be the chance of a lifetime for a church leader, scout group or even just your child and their friends. Check into it if you are interested.

Just thought you would want to know.

finally i saw that worrying had come to nother. and gave it up. and took my old body and went out into the moring and sang.