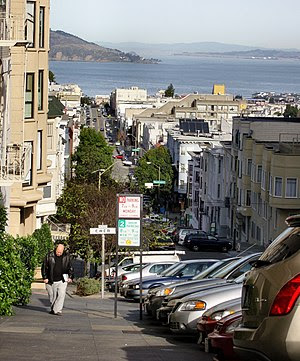 A fellow blogger, Bag Lady in Waiting , has been posting about couch surfing.  She and her husband are busy people promoting a book they have written about his experiences in Vietnam and traveling.  But this last week they decided to do a little trip into the south and use the opportunity to find out about that couch surfing thing.


Couch Surfing has a website for those that love the adventure of getting to know new people.  The first time I read about it was back in 2009 so it has been around for a while.  The website is recommended by NYTs, Frugal Traveler, Time and NPR.  You will get information for places to stay based on your profile, activities in the city you will be visiting and even people that are doing things and want you to come along. The Bag Lady traveled with her husband and stayed several night with people along their route.  Some they could talk politics with and some they couldn't.  It was an adventure I think.  Now they are on their way to establishing a network of people that can refer them to others in the couch surfing community. They seemed to enjoy it but said that one or two nights in a row was enough...it could be very tiring.

I love the columns written about this experience.  I have found stories about everything from glowing reports to nightmare experience.  The one I liked the best was one written for The New Yorker.  The author talked about his experience trying to find someone that had a couch that appealed to him.  He said:

Among those to whom I did not write “couch requests” were “a travelling magician and professional fool” from New Mexico; a sixty-three-year-old gay semi-retired handyman in Pahoa, Hawaii, whose mission is “looking for more nudists” (there are plenty of “clothing optional” possibilities on CouchSurfing); another Hawaiian, this one describing himself as “just a guy who has three acres of land, living in a shipping container house”; a woman in Bozeman, Montana, who declared that her “home is oppression-free. Yay!” and also contains high-speed Wi-Fi; a thirty-one-year-old female “daydreamer” from Berkeley who loves pajamas; a Tarot-card reader in Marfa, Texas; a housewife in Charleston, South Carolina, who owns a pole-dancing studio called Dolphin Dance;

He ended up selecting people like the woman with a cat, a dog and an apartment on Nob Hill in San Francisco.  He said he lied about his age listing himself as in his forties instead of fifties.  Most couch surfers are younger than older.  In fact, the New Yorker guy pointed out that being old may limit your choices. There is actually a total of almost 4 million that belong to the network and only 793 are between the age of 80-90. Still the Bag Lady and her husband loved the experience so I am thinking it might be worth a shot.  See, I know now that a senior like me could couch surf too...if I wanted to.

Anyway, you should look into it.  Couch surfing may be your thing to do. I have never done it...I have a cat myself and a husband that snores. Oh and I am 70. That is a lot to overcome. I am going to think about it a bit more.  I will write the Bag Lady a note and see what she thinks!

Have a wonderful day.