What Two Broke Girls Sitcom and a POP UP boarding house have in common! 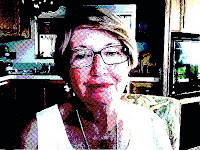 technorati tags: entertainment, communities
Recently I wrote about POP UP* communities and what the term has come to mean in the world at large. I find the whole concept fascinating.  In this economy people are being very creative in solving their financial problems.

Here in the area where I spend my summers a group of day laborers turn up on a corner near a community center every morning during the week and people drive up in their cars or pickups and hire someone to help them out with odd jobs.  I don't know if it is "legal" in the strictest sense of the word but it is a system that is working for everyone. It is a POP UP community that provided a service working outside of the regulations and ordinances. No harm no foul!  In POP UP community post I talked about other kinds of gatherings doing exactly the same thing.

A Pop Up Community is simply a temporary community of people that gather in an unexpected place.  It can involve an art show or just a patch of green turf and 8 lawn chairs set up in a parking lot [to point out the need for a park].  Out there in the world the idea may have sprung from the simple food trucks that inhabit communities across our nation.

A TV show called Two Broke Girls had an episode using the POP UP business in the story line.  The show centered around the Two Broke Girls and their need for money because they couldn't pay their rent.  The girls opened a POP UP in the bathroom of a business to sell some very expensive purses they owned.  All they did was announce "pop store in restroom...purses for sale" in the elevator and women showed up to buy.  Problem solved!

Wow...wouldn't it be wonderful if we could all solve our housing woes that easily? But it isn't quite that simple especially if you are a senior that needs support to remain in your home. The idea of taking in a boarder has been around probably since the first widow was left with a house and no way to live without their husbands income.  I don't know about you but I have know women personally that did this very thing.  But there is a catch...it might be illegal!  There are laws and HOA regulations that regulate where and how we can run a business like a boarding house.
Let's pretend that you have a house with spare bedrooms.  Your spouse left, died or simply grew too old to take care of the yard, etc. Do you have a choice about what you will do?  Is it imperative that you sell your home and move in a less desirable neighborhood or a small apartment?  Well maybe not.

The choices you make will depend on a number of things. The first will be how you are allowed to use the home you are living in. Do you live in a neighborhood that has HOA controls blocking subletting a room?  For example, my neighborhood does not allow young people to live with me for an extended period of time. In fact, there is a clause banning renting of any sort.  How about your city ordinances?  Do they tell you that you cannot rent a room or any space in your house while you are living there? Running a business out of your home is not condoned in most neighborhoods. These people are serious and do not take breaking their rules laying down. Neighbors will watch and report transgressions even if there is no harm.

That is where the "pop up" term appears. I have read about people that found "friends" that they have invited to stay with them. These people help with the lawn or garden, repair downspouts and gutters. They chip in on the groceries and make it possible for the owner of the house to remain where they are. Has the owner broken any laws because they have found a way to create a "pop up" solution for their problems? It all sounds so simple. It is just a group of people sharing a home, right?  But we must realize that for a person to do this sort of thing there must be a business arrangement or it could be a very bad situation. These "boarders" are more than casual roommates.

I read a blog written by a woman whose husband is suffering from dementia. She is at a juncture where she is facing huge changes in her life. She invites people to share her home and her expenses. Does guilt follow her around each day? Yes it does. Not only is she feeling guilty because of the emotional roller coaster she is riding each day while taking care of a partner that is no longer what he should be. She is also sharing her house with other people to help her remain in her home. That could be illegal. But the fact remains that this business provides the support she needs and ease a little of the financial burden now resting directly on HER shoulders.

I really have to admire her creativity and courage in the face of her dilemma. Her POP UP is a temporary business arrangement that has emerged to help her in her time of need. It turns out that the Two Broke Girls could be old as easily as they are young!

Maybe you know someone else that has faces this problem and found a different way to deal with it.  I would love to hear about it. Leave a comment and let's keep the conversation going.

b
Link:  More Women Living Together in their 60's
(More information:  Cohousing Association)
Could you do me a favor and click the google+ below.  It helps a lot!
*Definition:  A Pop Up Community is simply a temporary community of people that gather in an unexpected place to do business or make a public statement.  Like a Lemonade Stand, a Food Truck or Occupy Wall Street.