What Michael Graves Understood About My World

Michael Graves passed away this last week. I didn't know Graves personally...well I did hear a little tidbit of gossip about him 20 years ago but I don't suppose that counts. Yet that man is a hero of mine in a way. This postmodernist architect understood that the elderly and handicapped may be limited in their movement but they are not limited in their appreciation of all things beautiful. I always thought he knew that even the most mundane object could use a little humor and glitz. I liked that a lot.

See Graves was afflicted with an infection several years ago that left him wheelchair bound. His world became all about getting into the shower or moving from room to room. Instead of curling up into a ball and dying he set about making that new world he lived in beautiful as well as functional. In an article written for the Wear Design Bureau he talked about his Wounded Warrior project and how his life goals changed after his paralysis:

In the months following that fated February night, there was much that propelled Graves through his recovery, including his resolve not to die in the hospital because it was “so ugly.”  Having progressed through eight hospitals and four rehabilitation centers, the architect was all too familiar with the design failings of our healthcare system. On his first day in a wheelchair, Graves was given the challenge to dress and shave himself. “That was extraordinary for me,” he says. “I couldn’t turn on the water, I couldn’t plug in the razor, I couldn’t look in the mirror. And this is a hospital very well known for therapy. At that point I said to myself, ‘I am going to do something about this. I am a designer, I’m an architect; I’ve got the bully pulpit.’”

One of Graves most notable building projects is located in the city where I live. The Portland Building in the center of Portland stands as a testament to the architects ability to reinvent the way we look at the world around us. I have often thought that the building hinted of Walt Disney and Ayn Rand. It is just so unusually I cannot help but smile when I look at it. Long time Portlanders are still getting used to it's appearance. 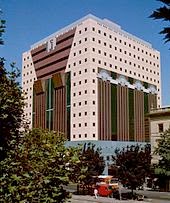 The world of architecture did sit up and take notice when it was built back in 1983 when it was awarded an American Institue of Architects honor award.
But for me Graves was so much more. He somehow knew that we all need beauty no matter where we are. An elderly person should not be subjected to "ugly" in their home and certainly not in a hospital or care facility. Humor, color, unique design go a long way in helping the healing process. 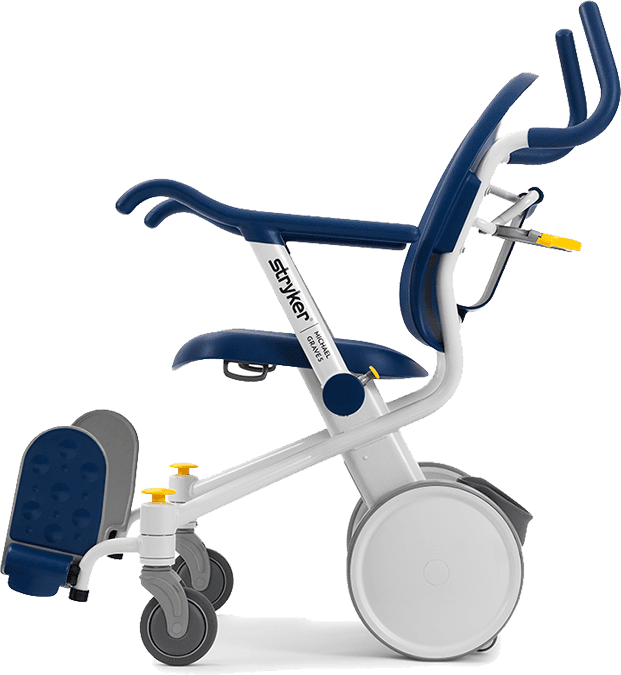 I have always thought I would recognized the Graves design no matter where I saw it. I loved the Target tea kettles and I think this wheelchair is nothing short of amazing. It was one of his first designs following his illness.  Michael was 80. The man will be greatly missed.
Just a thought.
b+