Meat and Potatoes vs Sweet and Savory 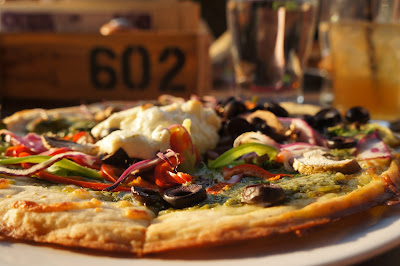 Most people over a certain age were raised on basic seasonal food. Potatoes and gravy with garden vegetable in the summer and canned in the winter. Salty was salty and sweet was sweet. It reflected the life we lived. 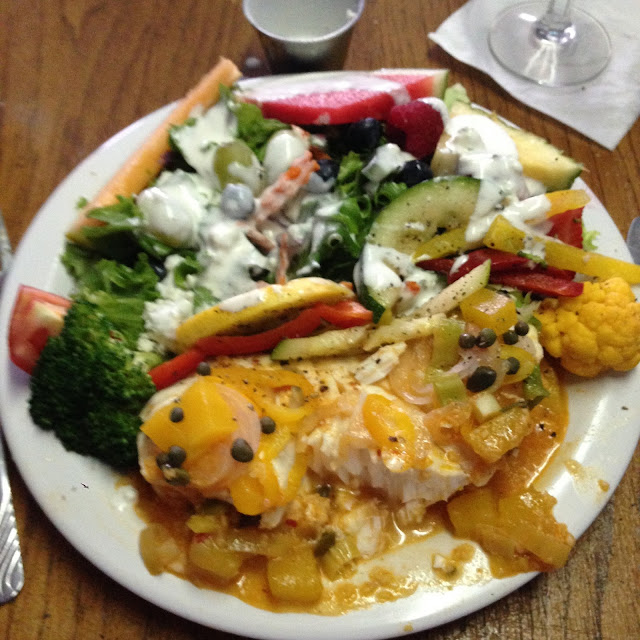 The small changes from year to year and season to season were barely noticeable. If you are like me, you remember the first time you used oregano in the pasta sauce or ate your first bite of

pizza. It was revolutionary and many decided that they were never going down that path. And so they didn't.

As for dessert, the idea of adding a small wedge of cheese to the top of apple pie seems almost evil...I mean who did that?

In our lives we were very narrow too. Cultures did not mix and food from another's world seemed strange and not so good. 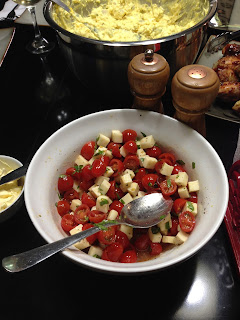 As I look back on that world compared to the one I live in now I am amazed at how the foods we ate then and the foods we eat now reflect where we have been, who we know and what we think.

I have come to love sweet and salty or sour together the same way I love living in a world that includes so much more. Isn't it wonderful?

Do you see the connection?

Pictures are of meals we have eaten at home or with family in their homes. I did not ever have anything like these meals when I was growing up.
at September 03, 2016