A View on Commenting on Blogs or Are You a Troll? 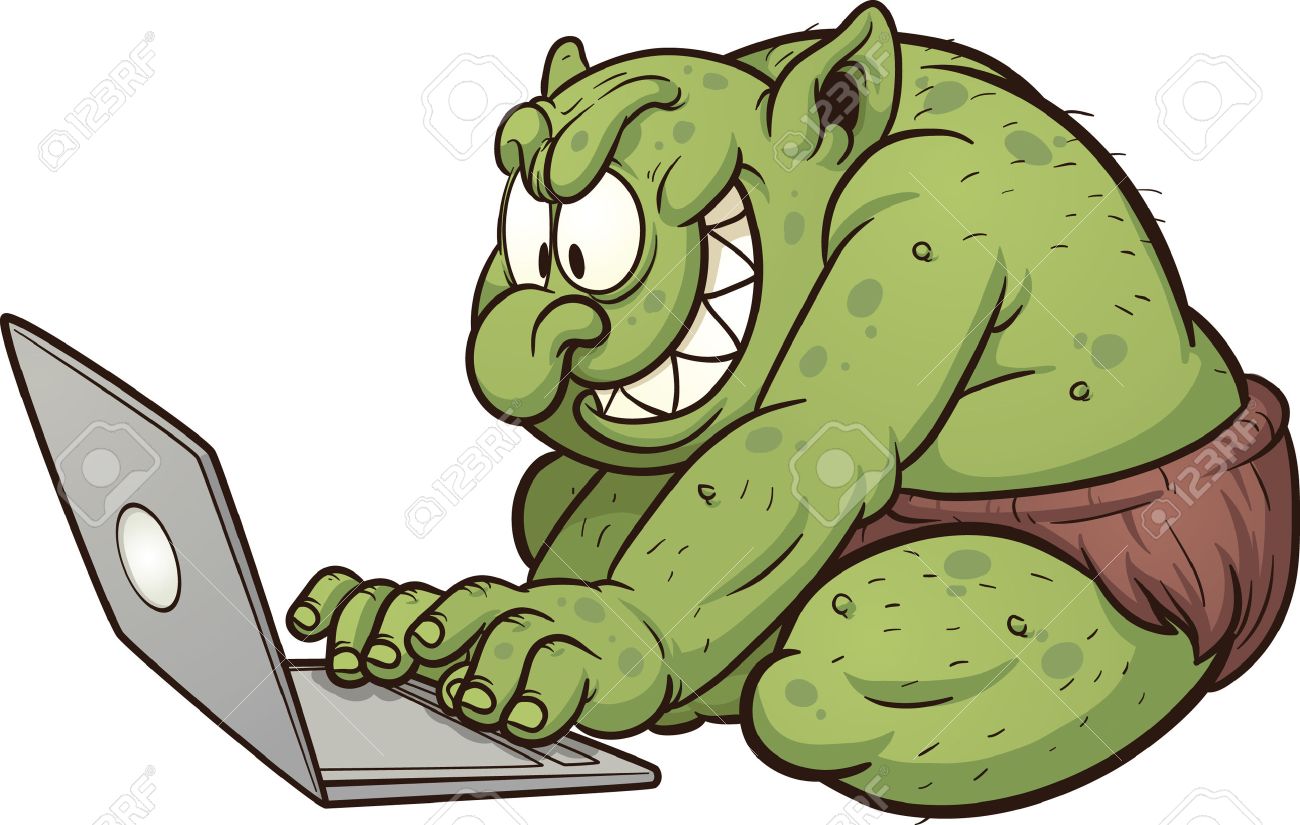 I don't know if children today even know about trolls that live under bridges and grow warts on their noses and chins. When I was a child I actually did not like going over bridges because I feared those creatures.

As it turns out, even at my age I find trolls lurking between the lines of blogs and in the comments and I am still afraid of those creatures. They are very frightening because 1) they are mean spirited and hateful and 2) they usually post anonymously because they are cowards. So there you have it.

No, I have not had a troll comment on this blog for quite a while. The Frugal Traveler for the New York Time called me amateurish a long time ago but that really doesn't count. He didn't do it here on my blog anyway...he did it in the NYT's so I don't know if that counts.

It was on a fellow blogger's comment section when I saw something that made me a little sick. RJ over at RJs Corner wrote a blog post called Inside The Loony Bin – The Beltway Baiters about the tactics cable news used the involves baiting politicians during interviews to start a discussion that draws people in and sells airtime. He suggested that we be very careful to keep our view of the world balanced. The suggestion was that we avoid both the extremely conservative channel as well as the liberal news networks. Here is what Jan Bo (no link available so anonymous) said in her comment and my response:

Personally, I think the only thing on your list we should pay attention to is ISIS (and maybe North Korea). If we are willing to let our soldiers (someone else’s son or daughter) be killed for the “good of the country” we should be very aware. To me those are the things we should be discussing- how to disengage from war.
Like
Reply

I don't think I misread the tone of her comment at all although I suppose that is possible. Whether or not, I had to let RJ know that her attitude is not one shared by his readers.

Any thoughts? I would love it hear what you think.

Please go over and read this article. I especially found information about the FCC rule involving equal time in political discussions that was repealed under the Reagan administration. It was called the "Fairness Doctrine."
at March 31, 2017