Potus and Misdirection...Pointing the other Way

Remember back when your children were small and you would change the subject quickly when they demanded something or you would point at the mountain instead of the ice cream shop? My parents tried it on me but I never did bite and did make them turn around and take me back to the Dairy Queen because I was REALLY hungry. The misdirect did not work. 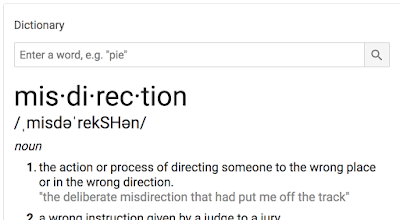 I guess not all that much has changed around here. I can see through a misdirect in a nanosecond. That is why I posted a small poster on Facebook the other day. It looked like this. 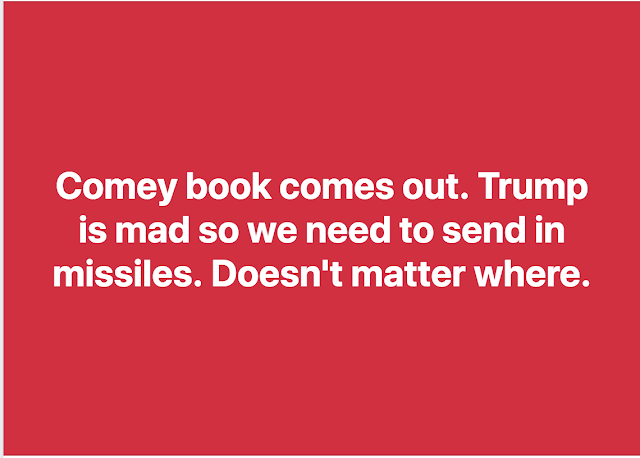 Will I never learn that for every opinion there is someone out there that reads some evil intent into the thought? Probably not. But, in this case I totally see what the person that commented was thinking.

She said, "I guess using gas to kill your citizens is okay." I was appalled to think of what I had implied.

No, it isn't ok to use gas to kill citizen, in particular small children. That is wrong on so many levels I cannot even comprehend it.

I am learning that being clear about my thoughts is very important AND very hard when such a little numbers of characters allowed. (They allow 130 characters.)

But in this particular case the question is, "What prompted Assad to think that we wouldn't do something even worse that send in one missile?" (Done and dusted Trump's spokesman said.) Is the attitude of our administration that we will NOT fighting evil at any cost (we cannot afford to fight evil it seems) left the bad guys feeling free to do as they please? Isolationism has always been a misguided approach to international relations. I give you the holocaust and World War II as examples.

Barbara Torris Not the message here Sue. I think it is very frightening that we are misdirected anytime he comes under fire. In this particular case I wonder what we were waiting for. I am sorry that you misunderstood. No, using gas is inhuman and totally outrageous but Assad has been at this for how long now and just last week "we are going to pull out and let someone else do it" was what we heard?
Manage
Like
· Reply · 21m

Barbara Torris We are not an island that can separate ourselves from the rest of the world. It would have been nice if Trump had even known what would happen when he threatened to withdraw [from Syria] but he simply cannot see past his own front yard. It is very frightening to think what will happen the next time a new book comes out because there are going to be more...you can bet on it.

But it turns out that changing the subject does not make me forget or even look away. I want my icecream, my sanity and most of I want educated and logical thinking by our president. What does it take to have those things? You tell me.

In spite of my frustration, I do see that the USA has come to be seen that the big sugar daddy for many and corruption abounds. There is that to be contended with. What will we do?

MSNBC Video example of "misdirect" but it takes a while to get to the point...talk shows drive me crazy!