Living with Seniors...the eating out fiasco! 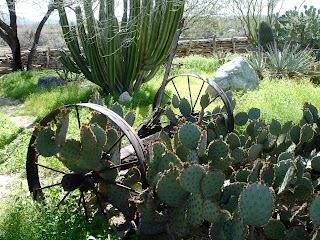 Oh my goodness, how do we go about eating out with eight old people (including ourselves).  That would be four couples, all from a different part of the United States, California, Oregon, Wisconson, Ohio...how do we do that?

Last evening we went out to a brewpub here in Tucson, AZ.  The group that owns the restaurant has a real warehouse location and has now opened a restaurant in a trendy area here on the Eastside.  It is a very, very busy popular place. Reservation would be recommended...but we did not know that.  The restaurant, Nimbus Brewery Restaurant, serves your normal brewpub food along with grilled salmon, grilled tuna salad etc. Let me tell you right now the restaurant serve staff and the manager did everything they could to make us happy.  It is just very hard when you get a group of people like us.  Very, very difficult.  Here is how it went:
Meantime a group of younger people...the ones that our table was reserved for...were seated at another table.  They were dress in sweatshirts and jeans.  They moved a couple of the heaters closer and were busy partying as we left.  The restaurant was still totally crammed and laughter could be heard when the waiters opened the doors.

I kept hearing the words of Gilda Radner in my ears.  She would have said, "It's always something!"  Obviously she spent a great deal of time around old people!  If I had not laughed I would have cried! Sigh!

Have a wonderful day!