It Takes a Village... 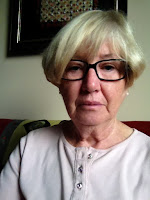 In my world of 55+ RV resorts and a 55+ community here in Oregon I have come to realize that it does take a village to remain secure in our old age.

In Arizona where we spend our winters, we have a gated entry and a fence that surrounds the property. We know people that need watching and are very aware of what is going on. For those people that can wander occasionally, the village provides some security. But we only have a handful that have remained when that time came. It is a vacation spot boomers mostly.

But here in Oregon, the houses are set on a round street with some along the edge and some in the middle. A small gazebo is our public "park" of sorts. We do have some very elderly people in our neighborhood right now and several have left within the last year. We are a village where those of us that are younger watch out for those that are older.

My neighbor knows about everyone and we depend on her for a detailed description of the ails and woes. I see it as a good thing because I do not want to go door to door to find out the news. She walks everyday and stops to visit with anyone that is outside. She is over 80.

But what about a community that only houses dementia patients? There has been one in Holland for many years. It has been dubbed "The Truman Story" village.

...[it] is [a] place with no locks at all, no gates or fences, in the land of smiles where demented are deposited by their European families, freely living in the moment until they take their last breath. (from a documentary called "The Unspooling Mind")

Since 2010 or maybe even before villages like this have been springing up around the world. The people that live there wander at will and remain safe. But, what if they could do that in a community of mixed age people?

In recent years, I read about a Japanese women that wandered throughout her village, entered shops and homes, sat in chairs and left when she was ready. Her daughter had tried to keep her locked in but it didn't work and upset the Alzheimer's patient beyond reason. The people in the businesses and the neighborhood were willing to let her wander and watched out for her when she was out of her daughter's sight.

Those of us in this neighborhood may come to that one day. I don't know. We do have a busy street nearby so that is a problem. And, I don't know about someone just opening my door and coming in. When I think of how that might be I don't know if I would be willing to do that. I suppose I would have to keep my house locked all of the time.

Thinking outside what is "normal" as we age is very interesting. Nursing homes are so expensive and the joke about the little old lady that decided to live on  a cruise ship instead of going to one is sounding more and more reasonable. It would cost just about half as much.

So, just think about it. What have you seen lately that is a new innovation for caring for our elderly? I am interested.