When the Stolen Car is Not Important but the Thief Is

Our car was stolen...I wrote about that experience last week. Being the Pollyanna that I am. I know that in the scheme of things, losing your car is not that important. I was reminded of our many blessing and moved on. It was Thanksgiving, we had company coming and all the groceries were in our refrigerator. We live about a half a mile from a grocery so we were fine.

This had never happened to us before so we did not know what to worry about and maybe that was good thing. Again, what was done was done. Even now I am not sure what we did right and what we did wrong.

We called the police and filed a claim with our insurance electronically. That all seemed logical to us. The police part was fine but filing with the insurance on our computer was not. That was a bad idea because I believe now that our insurance agent would have taken better care of us and walked us through this process. Our computer and the company rep that called did not do that for us at all. Darn.

My husband began searching for a new car immediately (we only had the one car here in Tucson) and we made plans to shop. Eventually we settled on the Hertz resale place in Scottsdale, Az. With in a few days we rented a car so we could drive to the sales lot with a good idea of what we were going to buy.

Through all of those days we were in touch with the police still feeling hopeful that the car had not been driven into Mexico. But there had been no word so we plowed forward. (Our car insurance did not have rental car coverage and that was hot a good thing.)

We found a car that we could afford and were sitting at the desk with the salesman when my cell phone rang...it was the Tucson police. I laid my pen down I had in my hand ready to sign for the car and listened as the officer explained to me that 1) they had our car, 2) it had been involved in a robbery and 3) we could pick it up on that day or the next. It was drivable although not undanaged, My husband and I looked at each other in disbelief...could the timing have been any odder? Really!

We went ahead and bought the car. Our old car is 10 years old. 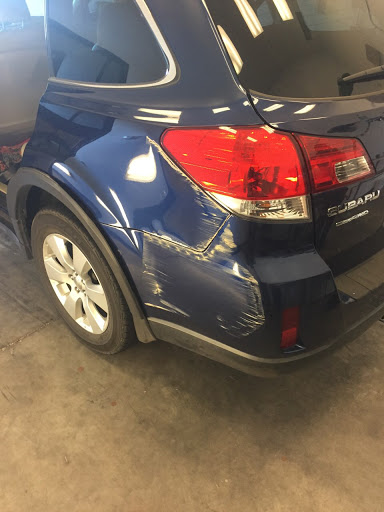 So we now own two cars in Arizona and another in Oregon. We now have two homes and three cars...unbelievable.

Do things like this happened to other people? It seems that "yes" they do. Everyone I talk to in Tucson has had their car stolen. One friend had seen her stolen car being driven across the border in Nogales on TV. I am not kidding.

I have not been angry or unhappy the whole time. Then we found the drivers license of the young man that took the car under the front seat of our car. He is 18! Now that made me sad.

The way I look at it the car is nothing. I am fine. We don’t have to worry and we’re blessed with more that we need or even want. But a young person making choices like that may be beyond help. It is very sad. Darn.

How do you see it?